The Japanese Yen is currently the second highest currency pair for bitcoin trading volume. China still remains the top for volume but finding exact stats is difficult because of the wash trading that can happen on zero fees exchanges.

There are many new bitcoin exchanges that opened up in Japan because the government recognizes it as a form of currency.

The last bull run from $440 to $780 was fuelled heavily by China as investors likely hedged into bitcoin to escape the devalued Yuan. The Chinese exchanges had a commanding lead up to $50 higher than the US markets.

Japan May Lead the Next Bull Charge

The high trading volume in Japan likely increased market demand for bitcoin. New bitcoin traders can increase buying pressure because they need to acquire coins to trade with.

Japan is looking to create a stimulus package for the banks with $100 Billion of helicopter money to bring interest rates back to 0%. In other words, banks will literally print money out of thin air as a last resort to stabilize the economy.

What does this mean for Bitcoin? As we’ve seen in China, when local currencies fall people look to hedge against the economy and banks. While the news hasn’t been officially released yet, Japanese investors may look to bitcoin as a hedge against the inflation of the Yen.

If Japan floods their economy with helicopter money, we might start to see their exchanges taking a lead in price. 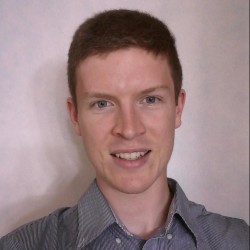 Bitcoin enthusiast. I work part-time as a cryptocurrency investor and trader.