After being introduced in 2009 and famous among limited group of fintech professionals, Bitcoin & Blockchain becomes a trend in 2017. Didn’t hear a lot about it? Being a form of digital currency, Bitcoin is a coin you can mine (create) and hold electronically. It is not printed or controlled as the other types of currency.

Computers all over the world are using it, and people produce it to increase their business. As soon as an old block ends, a new one is generated. Blocks are connected between each other chronologically, every part of the blockchain is like an individual bank. Briefly, you can mine, buy, sell bitcoins or get paid in bitcoins, not having any bond in hands.

People are more concerned about anything related to money. Everyone needs a better and secure method they can use for any financial service. The whole blockchain mechanism is a new innovative way of dealing with the online financial services. Being an incredible innovation made in internet history, it only started changing how payments are made online.

Everyone can make online payments as a stranger but in a transparent method. The entire process of making transaction is easy and cheap. You don’t need to hire an intermediary for completing it. The whole digital world can use blockchain.

There are distributed servers known as nodes on blockchain that process and verify each transaction. The information about each candidate is shared by every network node.

Thanks to blockchain, Bitcoin is always processed without any disruption. Due to its inherent robustness, blockchain technology acts very much like the internet. A blockchain is following the principle of durability as it is not monitored or manipulated by any single entity. Anything controlled by the single body can have some error or influence over every task, but blockchain is free from it. Blockchain does not have any single point in its whole process where it can fail. The entire process of making transactions is done transparently and efficiently.

Blockchain network checks itself every 10 minutes. It is equipped with a self-auditing system. Every transaction is checked every 10 minutes in order to avoid the occurrence of errors. All the data, circulating within the blockchain, is public to everyone. Every person can see all available data, though changes cannot be introduced by any external party. Such data visibility allows making all blockchain activities and transactions transparent and, thus, irreversible.

You cannot corrupt blockchain. No third party can interfere in blockchain operation to alter the data. Anyone can view the data but cannot make changes at will. Blockchain technology is quite demanding, so it is necessary to consume much computing power for overriding anything within it. Thuswise, if one tries to lay hands on bitcoins available over blockchain in an illegal way, it will cause Bitcoin devaluation. When its value is destroyed, you will not get any benefit even if you successfully capture it.

Blockchain works on decentralized technology. It works under a new approach to verification of transactions. Every transaction or operation done over it makes the whole network functioning. There is a system to deal with every transaction and not a single entity. It gives a brand new look and adds a novel touch to technology.

Who will benefit from using the blockchain?

Blockchain technology is useful for everyone. Every person who deals with the direct transactions made online can make good use of it. By eliminating middleman, blockchain establishes itself as a secure method to finalize financial transactions. Businessmen and other IT experts are now using blockchain mostly to make bitcoin transactions. Even certain games use only blockchain for making financial deposits or for giving winning amount. With the passage of time, every online transaction will be converted to the blockchain.

Aside from using blockchain for financial transactions, it is helpful in terms of non-financial dealings. Many developers are shifting their focus to broadening the scope of blockchain use. Indeed, blockchain may serve as a uniform technology for dealing with identity management, trade and asset servicing documentation and other non-financial uses. Such flexibility is fundamentally increasing the significance of blockchain in the digital environment.

As mentioned already, blockchain is gaining popularity for its distinctive excellence in safe management of online payments. So, how is the security within a blockchain network maintained?

Other than these features, blockchain makes your online payments free from threats and attack. You can safely make any online payment without thinking about getting it hacked or attacked. 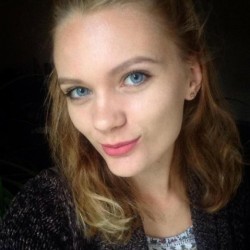 Journalist at CEX.IO
As an expert on Bitcoin-related topics, I've found myself as a Journalist at Cex.io - cryptocurrency exchange. I'm working on articles related to blockchain security, bitcoin purchase guides or bitcoin regulations in different countries.