The primary responsibility of central banks in the modern world is to control the amount of money that courses throughout the economy. Prior to the elimination of the gold standard, this control resulted in making adjustments to the exchange rate between the paper and precious metals in order to promote stability.

Since that time and through considerable failure to properly control these rates, as well as domestic employment and short term growth, the acting goal has been to establish an economic variable that reflects the health of an economy and which the central bank could exert a level of control. The inflation rate became the unofficial indicator until it was made official policy in 2012, and the rate of 2% was established as the goal.

One of the main goals of QE is to spur inflation rates and avoid deflation. It is an unconventional monetary policy where a central bank decides to purchase securities from the market, most common among them are securities owned by governments.

The brainchild of Richard Werner or John Maynard Keynes depending on who you ask, QE was the first monetary policy that was essentially experimental. The experiment hopes that by purchasing assets from banks (by issuing new money, created from nothing to purchase bank assets) that these new cash reserves will provide an easier time for borrowers to acquire loans.

In theory this will increase spending and consumption which presumably increases the demand for goods and services, job growth and economic vitality. Increasing inflation is a goal because in the face of economic downturns firms face less pressure to fire employees because the real cost of their labor falls (money is worth less so workers become cheaper in relative terms to the goods they produce). As well as a decreased real cost of labour, higher inflation means that it is cheaper for nations to buy exported goods because in relative terms their money is worth more.

Unfortunately there is no clear indication of the effectiveness of this monetary experiment. Too often around the world the printing of additional money to expand the money supply has led to hyperinflation.

Places like Germany or Argentina or more recently Venezuela and Zimbabwe have seen efforts to grow the economy in the short term ultimately lead to disaster for their people. Japan increased its reserves from 5 trillion yen to 25 trillion yen during 2001-2006 and it was ultimately seen as a failure.

The US Federal Reserve and the Bank of England have both used QE in the years since the 2008 financial crisis where the US has bought $3.7 trillion in bonds and the UK created $550 billion of new money.

The results have seen the US economy stabilize but at what cost? The US currently sits in $19.5 trillion of debt and growth is nowhere near enough to make adequate payments on this debt. The stimulus provided in the US through QE1, QE2, and QE3 did not have the intended result in helping small businesses and corporations grow. We now have a record amount of money in our system ($46,000,000,000) but it hasn’t been moving around as in the desired amounts to create inflation and risks levels of hyperinflation in the future.

It’s clear that there is no exact science concerning QE and among experts is nothing short of a desperate last resort for policy makers. Politicians do not want to be seen with their hands in their pockets during times of great economic trouble. Enacting policies of desperation is an understandable human reaction but as it has been seen throughout the world, this attempt to relieve pain actually makes things worse.

A financial system no longer controlled by central authorities will be a better system for the people that use it. Bitcoin doesn’t have methods of manipulation used by central banks to influence their economies. It also doesn’t provide a safety net in times a crisis. It may provide a safe haven in times of fiat currency crisis, but in a world where fiat use is negligible, financial collapse may still occur in a crypto economy.

Assuming there is a similar method of lending and borrowing there will always be those who become unable to pay back what they’ve borrowed. The difference in a crypto economy is that your money won’t lose its value due to over production of notes of value. You will not be subject to macroeconomic policy that you have no choice about. You can choose your currency; you choose how you want your money to behave. 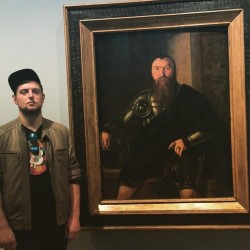